Toni and I were offered the unique opportunity to go up in the dome at San Francisco City Hall.  We were photographing a wedding at city hall and we were up on the 4th floor.  We were talking to one of the event staff while he was putting away chairs and he asked us if we wanted to go up into the dome area.  We of course said yes and proceeded to climb the spiral staircase that takes you up near the top of City Hall.  It was an amazing experience!  The view from up there was incredible, like nothing we have ever seen before.  You really cant imagine how high up you are until you see it from that vantage point.  Our couple enjoyed it as well.  We took just a few photos of the bride and groom since we didn’t have much time.  This particular day also happened to be one of the hottest days in the history of San Francisco, so it was pretty hot up there, but totally worth the climb.  The Staircase to get up there is spiral and very tight.  Of course it is not air conditioned which only added to the heat.  But our bride and groom were real troopers and wanted to try it.  We were glad they did and it lead to some San Francisco city hall photos that hardly anyone else will ever get!

It just goes to show you how just being friendly to people that you work around can pay dividends.  I am sure we will never be able to go up there again, but it was nice to see how it looks.  I don’t think there was ever any intention of using this upper area for visitors and certainly not weddings!  Update:  We later found out that we were not supposed to be up there for liability reasons.   Apparently, anyone going up there needs to sign a insurance waiver in case something goes wrong.  We were unaware of this and so we will not be doing this again.  But at least we can say that we were up in the Dome of San Francisco city hall! 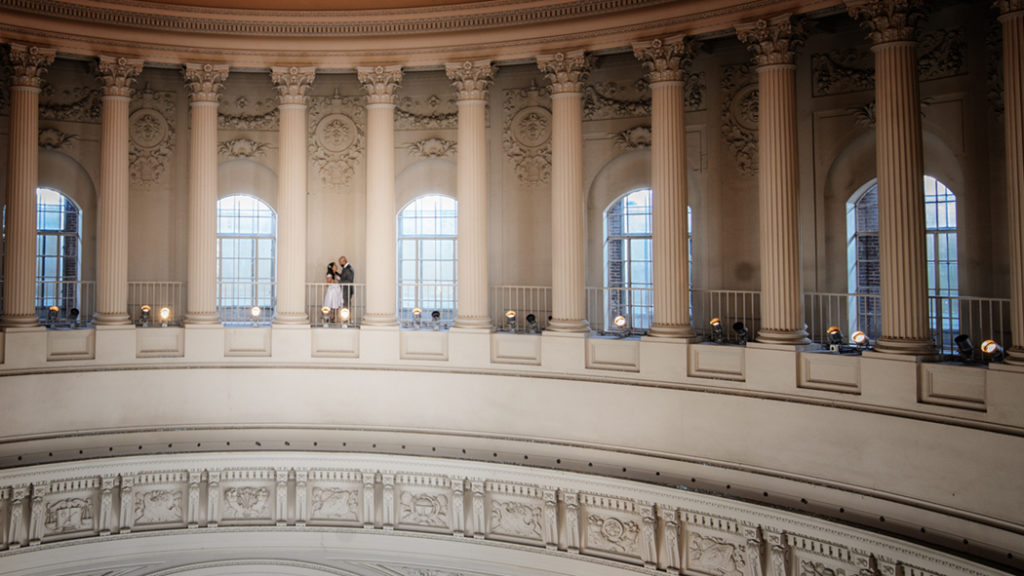 Columns in the upper dome 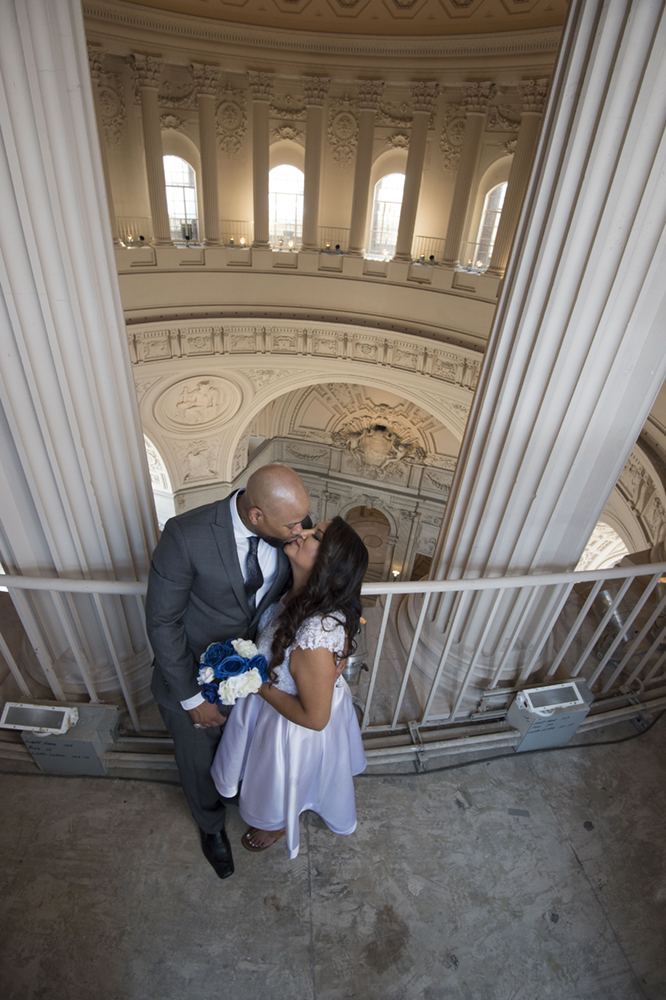 Bride and Groom in the Upper Dome