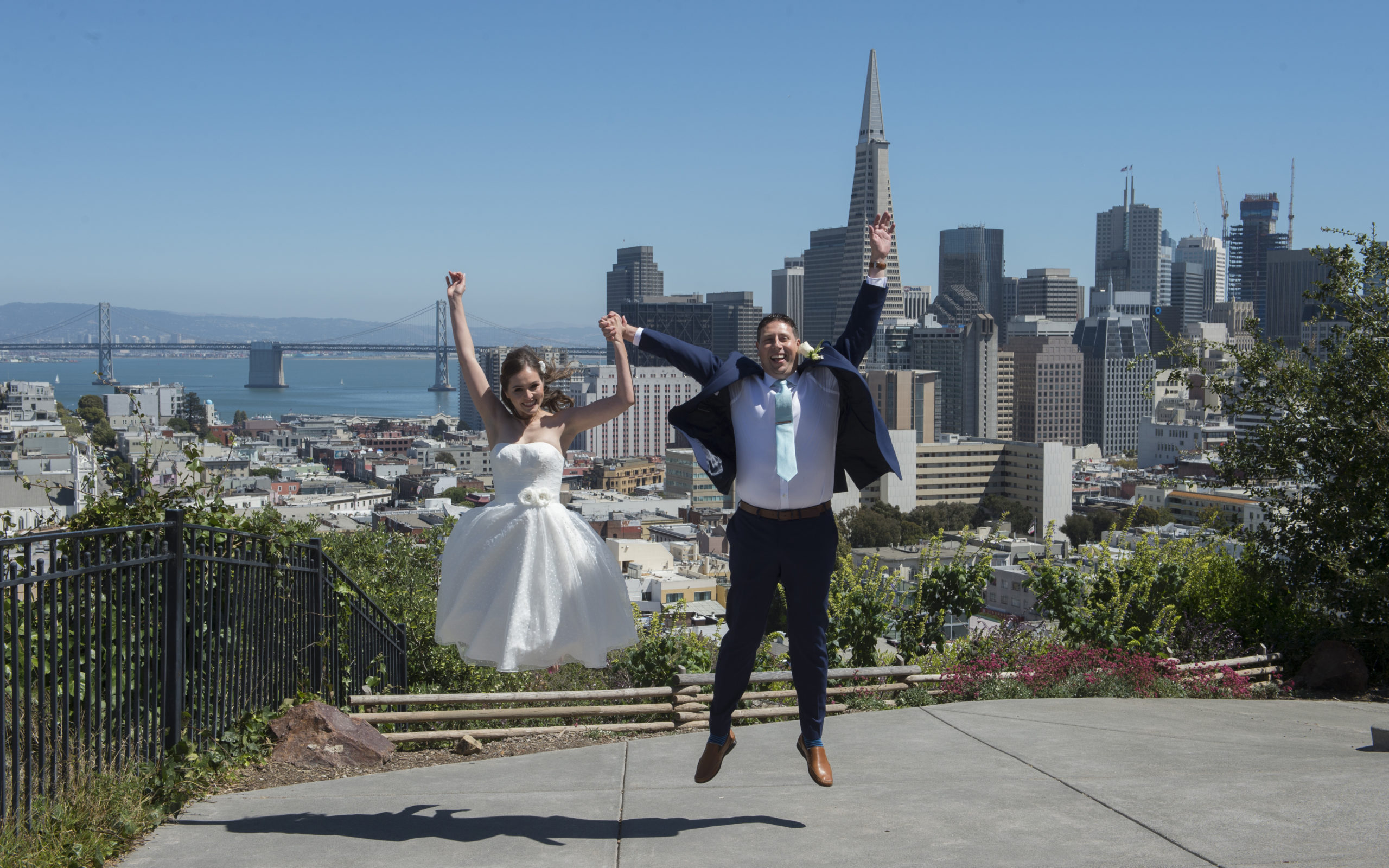 We also enjoy taking our couples to some of the less popular and also less touristy destinations.  Many of our clients are not that concerned about showing traditional San Francisco landmarks in their wedding pictures.  They just want meaningful images with beautiful backgrounds, with many being similar to images that could be captured almost anywhere.  In Part 2 of this blog post, we will discuss some of these areas:

One of San Francisco’s most iconic landmarks are the brightly painted Victorian houses that you will see throughout the city.   But there are 6 particular houses right in a row which have captured the imagination of many and have become relatively famous.  They were partially made famous when the appeared on the opening Credits of the popular San Francisco Based TV show “Full House”.  Located by Alamo Square Park, these beautiful homes attract visitors from all over the country.  There are a number of angles you can use to photograph the Painted Ladies

We prefer placing our bride and groom on the edge of the Alamo Square park and shooting from that angle.

This is actually a district in San Francisco and not so much a photography location.  However, it is a great area to wander around and get some fantastic street photography.  We often take our newly married couples up to the top of Russian Hill to begin with so we can get some great views of San Francisco.   Once that is completed, we can wander down to the actual North Beach area and explore the many shops, bars and restaurants and take photos as you do it.  We have a few favorite spots we like to stop at including Sotto Mare which has outdoor seating.  What better place to get a natural photo of you and your spouse sipping Italian Wine!

Woodline at the Presidio in San Francisco

A hidden Gem in the Presidio in San Francisco is a little place we discovered called Woodline.  It’s basically a cut through of the thick and dense woods that you normally find when walking through the Presidio.  Few people know about it so it is rare that we run into tourists when we take our married couples there for wedding photography.  Rather than describing it, I think it would better to just post an example image:

While it may be true that Ghirardelli Square IS a well known San Francisco destination, it’s not quite so famous as a wedding photography spot.   We love it!  Why?  Because it is such a great place to walk around and experience San Francisco!  By far one of the best places to get a Cable Car image because the cars sit there on Hyde Street waiting to be boarded.  In addition, you have the Famous Buena Vista Cafe which is an iconic pub that serves the best Irish coffees that you can imagine!  Ghirardelli Square is also just a nice area to have our couple walk around and enjoy while we photograph them!

Another favorite of ours, but not a common destination. We take our couples to the top of Russian Hill on Vallejo street. A beautiful overlook of the entire San Francisco landscape showing Downtown and of course North Beach. Parts of the Marina might also be visible from the right angle. It can be a bit difficult to park up there but definitely worth the effort. One time it was so impossible to park that I had to let Toni and the newlyweds out of the car while I drove around. They did the Russian Hill photo shoot without me. But that is one of the benefits of having 2 photographers at times. We can’t always promise both Toni and myself, but we try whenever possible. Especially on our San Francisco tour packages.