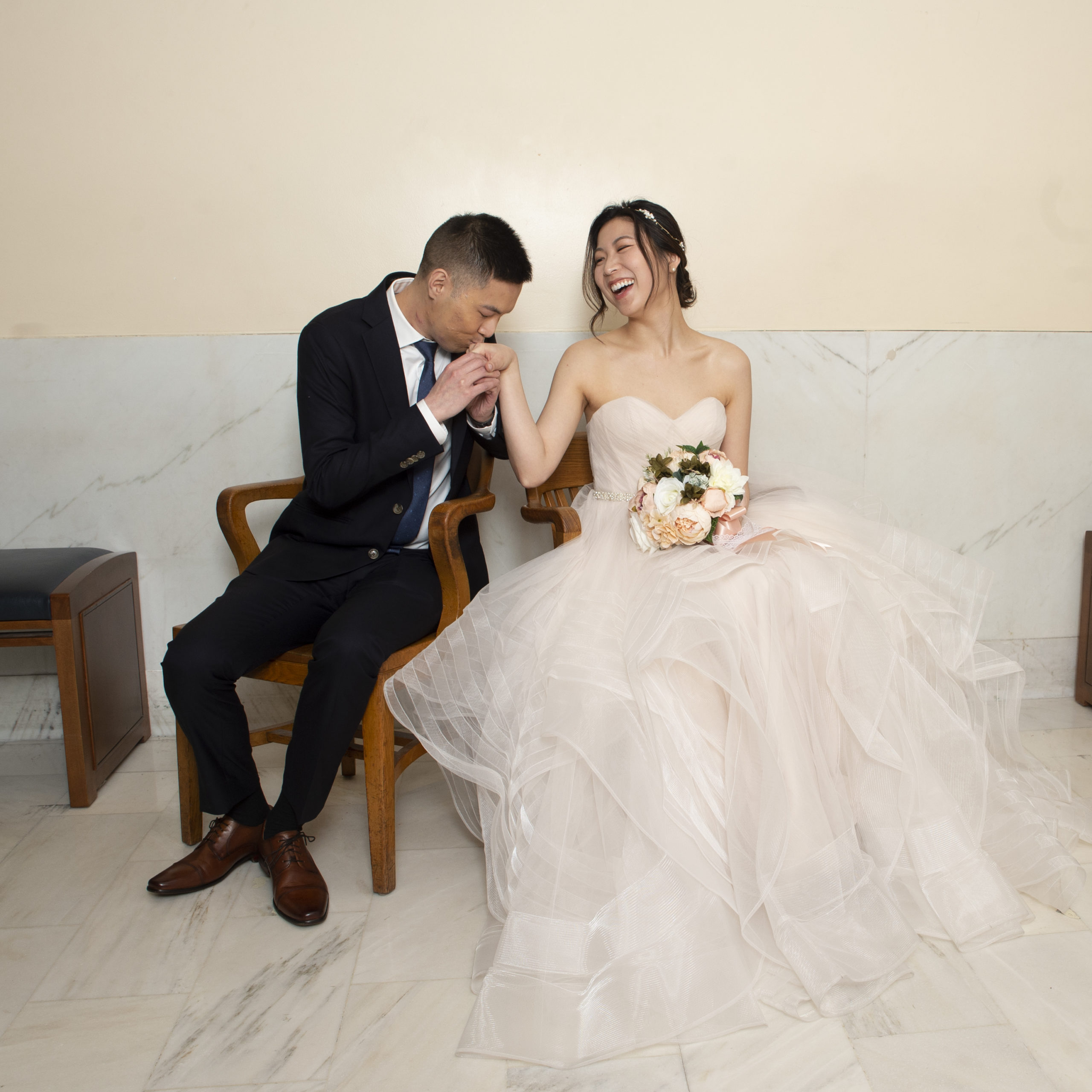 What happened today at San Francisco city hall? Toni and I are never surprised at what we face doing weddings in this great building. Every day it’s a new adventure. Today we thought it was going to be a typical day with a shorter coverage wedding booked. We arrived at the building typically early and went to the Mint Cafe to have some coffee and breakfast. It didn’t take very long for us to hear the rumor floating around the building… A water main had been broken and cut off all the water to City Hall. This of course means that none of the bathrooms were functioning nor were the water fountains. Right away I am thinking that they can’t have weddings today if there are no bathrooms and yet city hall was still letting people in the building including brides and grooms.

I walked out to the front entrance to see if I could figure out what to tell my bride and groom who had not yet arrived and found that now they wern’t letting people in the building. But what about me? I was still here. Not for long it turned out. Eventually, Toni and I were both kicked out with no real understanding of what was to become of our scheduled wedding coming up in about 1 hour. We took our couple along with their family down away from the crowds and did their family photos. The idea being to head to another location to at least get some bride and groom pictures. Just as we were beginning to leave one of the County Clerks came out and found us and said they would let just the couple in with 2 guests for a ceremony only. No pictures after. This was fine except that city hall also decided to restrict the couple to only have 1 set of parents with them to watch their ceremony. This was not going to work! With a little bit of time and some convincing, Toni talked the security guard into letting both parents it to watch the wedding.

The ceremony went off without a hitch and we were able to take pictures of the proceedings. We did manage to take the couple to get a few nice wedding pictures, but certainly not our usual repertoire. Eventually, we were strongly encouraged to leave the building since it was still technically closed off to the public. Our bride and groom were relieved, however to at least have a wedding that day! We offered to come back another day to photograph the couple around San Francisco city hall in our normal way. They agreed, but were not sure if they wanted to dress up again.

About 2 weeks later, we returned to SF City Hall and actually finished what we started! The couple dressed back up and we did our full building shoot. It was a happy ending to a difficult wedding day! This picture below was the couple making the best out of a hard situation as they waited for the ceremony.